The story is now legend: the “spear in the chest” epiphany Ray Anderson experienced when he first read Paul Hawken’s The Ecology of Commerce, seeking inspiration for a speech to an Interface task force on the company’s environmental vision. Seventeen years and a sea change later, Ray estimated that Interface was more than halfway towards the vision of “Mission Zero™,” in 2011, the journey no one would have imagined for the company or for the petroleum-intensive industry of carpet manufacturing, which has been forever changed by Ray’s vision. Mission Zero is the company’s promise to eliminate any negative impact it may have on the environment, by the year 2020, through the redesign of processes and products, the pioneering of new technologies, and efforts to reduce or eliminate waste and harmful emissions while increasing the use of renewable materials and sources of energy. Ray chronicled that journey in two books, Mid-Course Correction (1998, updated with new chapters in 2019) and Confessions Of A Radical Industrialist (2009). The latter was released in paperback as Business Lessons from a Radical Industrialist.

An honors graduate of the Georgia Institute of Technology’s (Georgia Tech) school of industrial and systems engineering in 1956, Ray learned the carpet trade through 14-plus years at various positions at Deering-Milliken and Callaway Mills, and in 1973, set about founding a company to produce the first free-lay carpet tiles in America. Today, Interface is the world’s largest producer of modular commercial floorcoverings. Interface has diversified and globalized its businesses, with sales in 110 countries and manufacturing facilities on four continents.

In 1997, Ray described his vision for his company, then nearly a quarter-century old, that stands true today: “If we’re successful, we’ll spend the rest of our days harvesting yester-year’s carpets and other petrochemically derived products, and recycling them into new materials; and converting sunlight into energy; with zero scrap going to the landfill and zero emissions into the ecosystem. And we’ll be doing well … very well … by doing good. That’s the vision.”

As of 2010, the company had made significant progress towards that vision, reducing greenhouse gas emissions by 35 percent, fossil fuel consumption by 60 percent (favoring renewable forms of energy), waste to landfill by 82 percent, and water use by 82 percent and Interface had avoided over $450 million in costs, increased sales by 63 percent and more than doubled earnings.

The once captain of industry eschewed a luxury car for a Prius and built an off-the-grid home and became an unlikely screen hero in the 2004 Canadian documentary, “The Corporation,” in the 2007 film by Leonardo DiCaprio, “The 11th Hour,” and in Tom Shadyac’s 2011 documentary, “I AM.” The Interface story is also the focus of the documentary film “So Right, So Smart.” Ray was a master commentator on the Sundance Channel’s series “Big Ideas for a Small Planet” and was named one of TIME magazine’s Heroes of the Environment in 2007, with a similar honor from Elle Magazine that year. He was a sought after speaker and advisor on all eco-issues, including a stint as co-chair of the President’s Council on Sustainable Development during President Clinton’s administration, which led to him co-chairing the Presidential Climate Action Plan in 2008, a team that presented the Obama Administration with a 100 day action plan on climate. Together, he and Interface funded the creation of the Anderson-Interface Chair in Natural Systems at Georgia Tech, where Associate Professor Valerie Thomas conducts research in sustainability.

Ray was lauded by government, environmental, and business groups alike. In 2010, he received a host of accolades, including: the American Society for Interior Designers (ASID) Design for Humanity Award, a Lifetime Achievement Award from GreenLaw; the inaugural Global Sustainability Prize from the University of Kentucky’s Tracy Farmer Institute for Sustainability and the Environment; a River Guardian Award from the Upper Chattahoochee Riverkeeper organization; a Sustainability Award from the Women’s Network for a Sustainable Future (WNSF), the first time the WNSF has honored a businessman; and a Pillars of EARTH Sustainable Leadership Awards given by EARTH University in Costa Rica.

In 2007, Ray was honored as a recipient of the Purpose Prize from Civic Ventures, a think tank and an incubator, generating ideas and inventing programs to help society achieve the greatest return on experience, and by Auburn University with its International Quality of Life Award.

In 1996, he received the Inaugural Millennium Award from Global Green, presented by Mikhail Gorbachev, and won recognition from Forbes Magazine and Ernst & Young, which named him Entrepreneur of the Year. In January, 2001, he received the George and Cynthia Mitchell International Prize for Sustainable Development. He also has been honored by the Georgia Conservancy, Southface Energy Institute, SAM-SPG (Switzerland), the U.S. Green Building Council, the National Wildlife Federation, the Design Futures Council, the Children’s Health and Environmental Coalition, the Harvard Business School Alumni (Atlanta Chapter), the International Interior Design Association, the Southern Institute for Business & Professional Ethics, the Possible Woman Foundation International, the World Business Academy, LaGrange College, and the Council of Scientific Society Presidents.

Interface has been named to CRO magazine’s (formerly Business Ethics magazine) 100 Best Corporate Citizens List for three years. In 2006, Sustainablebusiness.com named Interface to their SB20 list of Companies Changing the World, and in 2006 GlobeScan listed Interface #1 in the world for corporate sustainability. 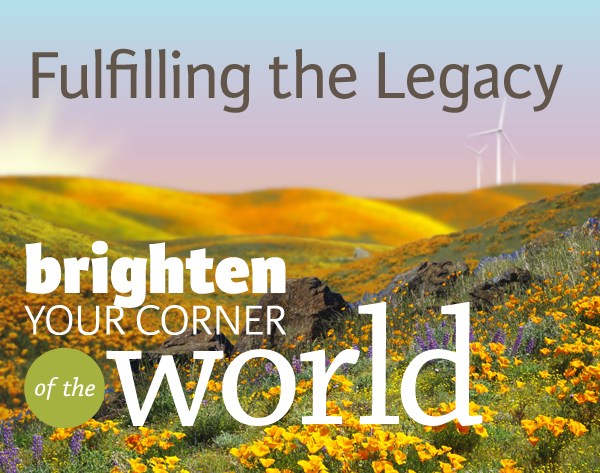 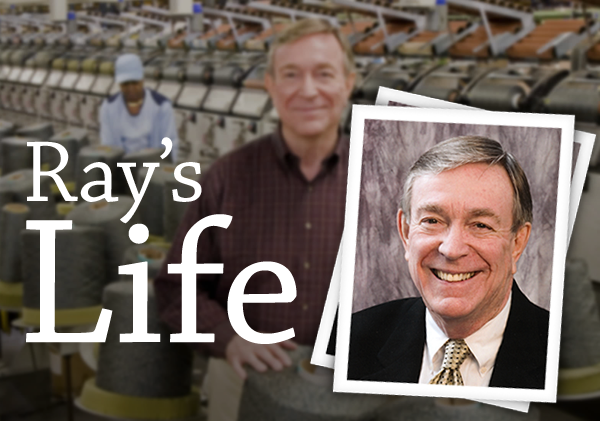 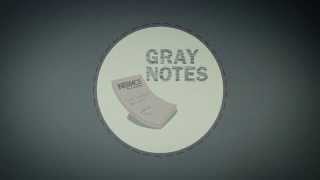