A new study unveils the disproportionate negative economic impact of climate change on the “Old South.” 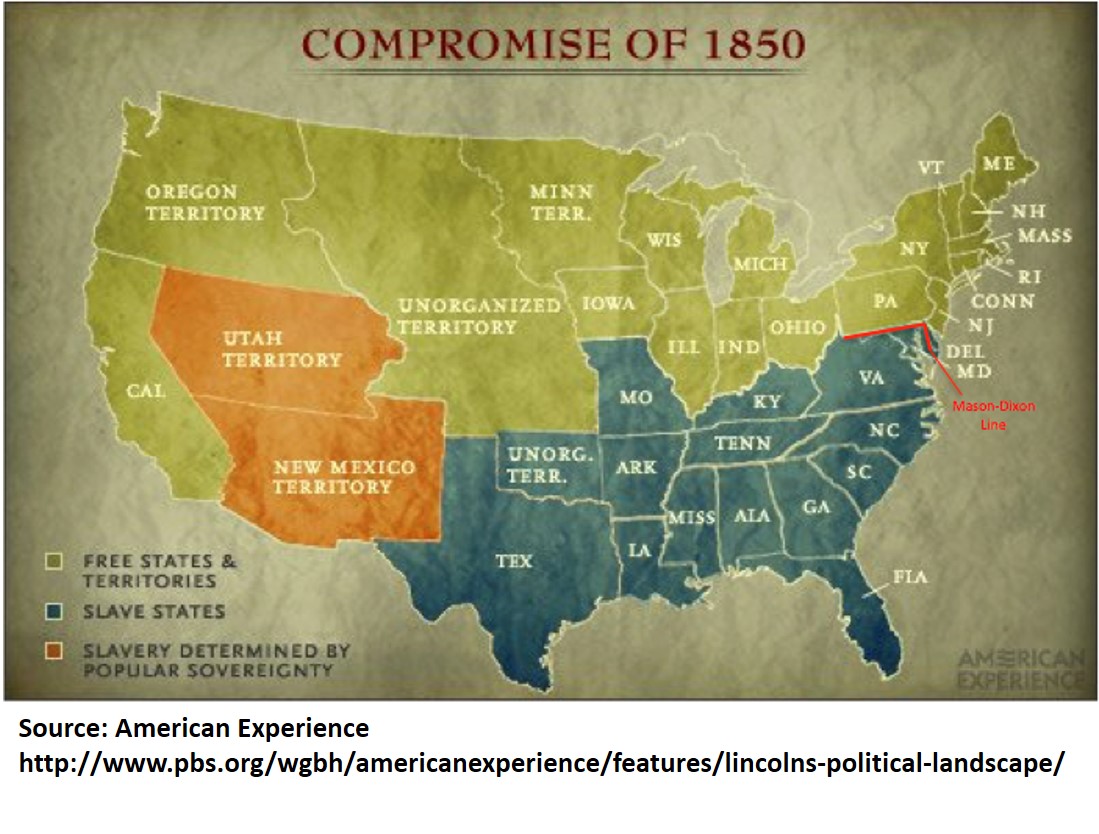 Once again, the Mason Dixon Line*, which romantically separated “Dixie,” the old American South, and North (and the stark inequities of 19th Century life) continues to demark a glaring border between two Americas in the 21st Century.

The map below represents the economic impacts modeled in the study.  The counties with increasingly negative impacts are colored tan to burgundy and concentrate in a pattern strikingly similar to the “Slave States” defined by the 1850 Missouri Compromise, map above. 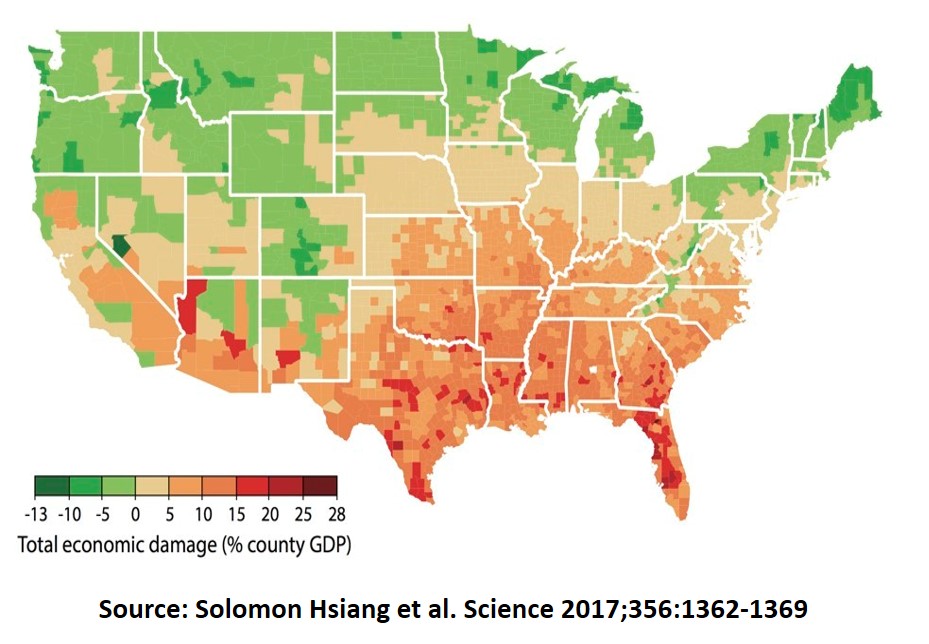 At the same time, public opinion in the Old South is the least supportive of any region in America on a range of perceptions about the science, human causes, impacts, and need for action on climate change (other than a few regions in the American West. See Yale Program on Climate Change Communications.)

In the tradition of “all politics are local,” it’s time for a new, local conversation in the South about the impacts of climate change in our own back yard.  This is no longer only about polar bears clinging to icebergs in the remote arctic or famine in Africa. It is quickly becoming about our homes, communities, and livelihoods.

Secondly, if you live in the North, don't relax, this study did not model the impacts of many trends without existing strong empirical data linking climate to economic impacts.  You may be relatively better off than those of us in the South, but nowhere near out of the woods.  (at least until they’re eaten by pine beetles).

But take heart, dozens of solutions are being identified, modeled and scaled that individuals companies and communities can adopt that can not only slow, but “Drawdown” the accumulation of carbon dioxide in the atmosphere.  For a list of 100 solutions that can lead to Drawdown, click the link or go buy the recently published book.  It is inspiring.

*Actually only defined the disputed geographic boundary between 4 eastern states. The Missouri Compromise of 1820 and 1850 defined free and slave states and territories.  (See maps)

Leveraging his 18+ years blazing new trails to sustainability with Ray Anderson and Interface, Jim is helping organizations build on their efforts in environmental sustainability to leverage human and green technologies to accelerate progress on business and societal goals.

Today, Jim consults independently with large and small businesses and advises organizations such as the United Nations Global Compact and the Corporate EcoForum.