When land is stewarded by Indigenous People, the land tends to be healthier in terms of habitat preservation, biodiversity, soil health, and water quality.

My wife and I knocked our honeymoon out of the park. I mean 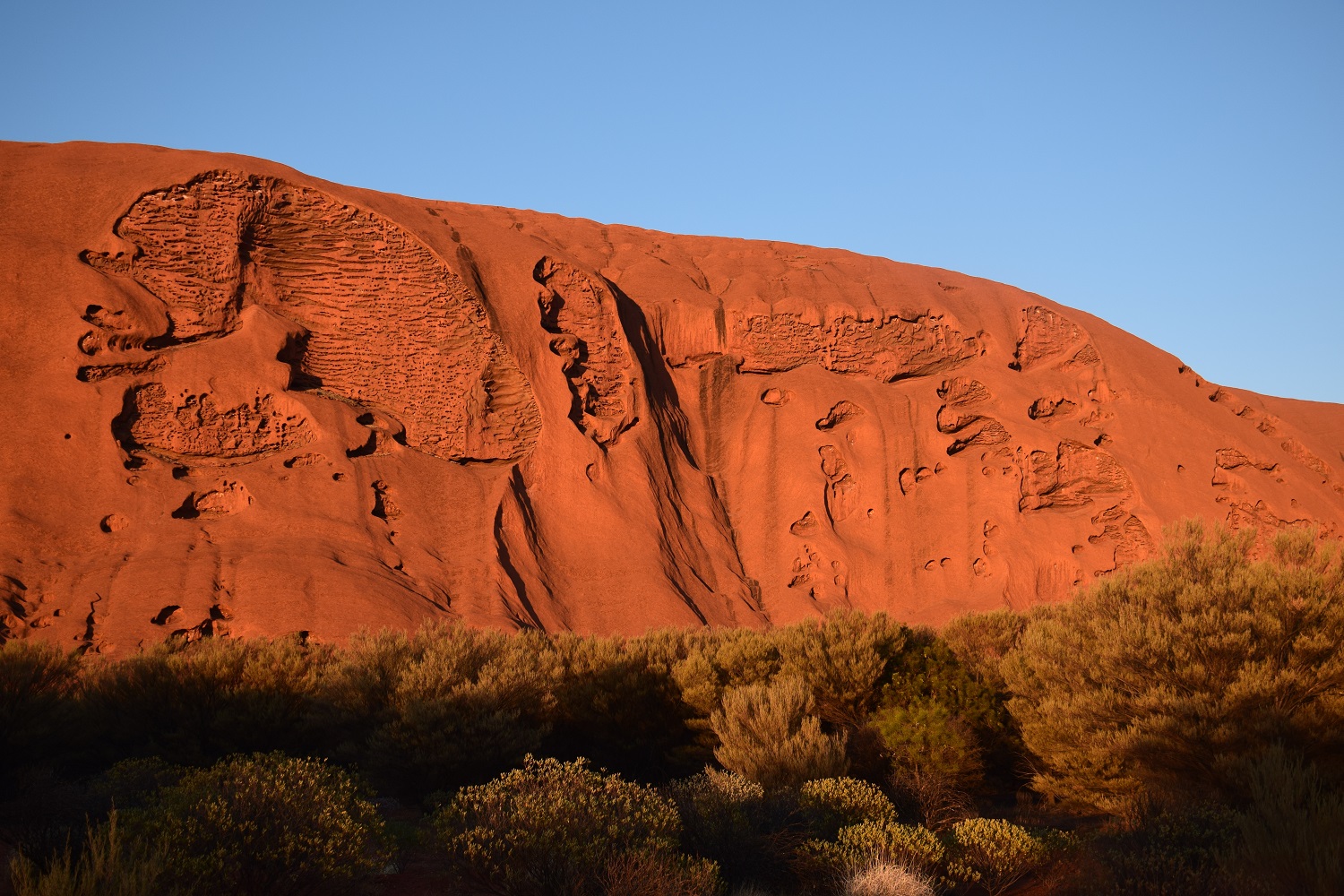 like, we got the green light to swing away on a 3-0 pitch when we knew the starter had gone one inning too long and he’s just gonna throw it right down the middle with no action on his fastball - that kind of knocked it out of the park. Oh, and happy playoffs to all you baseball fans out there.

Chantel had always dreamed of going to Australia, so we booked a two-week trip back in August of 2015 to explore much of what the country has to offer. We started in Sydney and experienced her top bucket list item - climbing the Sydney Harbour Bridge. Next, we travelled to Queensland to see the Daintree Rainforest for several days, then took a short trip to Cairns to behold the Great Barrier Reef. Finally, we hopped a flight inland to see Uluru, the massive red sandstone rock in the heart of the country. It was incredible, and I still feel lucky to this day that we had the opportunity.

Many experiences stand out from that trip, but one in particular was the day when we hiked all the way around Uluru. If memory serves, lapping the monolith is about a 6-mile trek, so it was a lengthy affair. We were one of several couples being led on the walk by a guide from the Aṉangu people, an Aboriginal group in Australia. Along the way, he pointed out many of the distinctive features on the sides of Uluru. For the Aṉangu who have lived in the area for thousands of years, these rock faces have spiritual significance, and each has a meaningful story that is a part of their culture. Our guide told us some of those stories, and they were beautiful. Others he said he couldn’t share, because they were too sacred to be told to outsiders. I thought that was even more beautiful.

At some point during our walk, we came to a roped-off portion at the base of the mountain. For decades, it has been where people can begin a climb to the summit of Uluru. Our guide acknowledged it, but very simply and directly said, “Uluru is sacred to us, so we ask you not to climb it.” And that was it - once we heard him say that, under no circumstances would we choose to climb it.
The whole experience was the most direct connection to Indigenous Peoples in my life (and that holds true today). It gave me an appreciation for how important such cultures are in our world, and how land is treasured by them. For some Westerners, Uluru is a rock to be climbed. For the Aṉangu, it is an integral part of some of their most sacred traditions. You tell me which is more valuable?
And so I was exceedingly pleased to read this recent news story about the Daintree Rainforest and other lands being returned to Aboriginal ownership. The owners are a different Indigenous People than whom I met at Uluru, but the point remains the same. And having spent several amazing days in that rainforest, I know it’s just as special of a place as Uluru is.
There’s a critical environmental angle to this as well. When land is stewarded by Indigenous People, the land tends to be healthier in terms of habitat preservation, biodiversity, soil health, and water quality. As Project Drawdown’s research shows, it also serves as a key climate solution. In many respects, one of the most important things the Queensland government could have done to mitigate the climate crisis was to return these lands to their Indigenous stewards.
This is news to be celebrated, and perhaps it can offer a model for other places to follow. If they do, it will be good not just for Indigenous People, but for all of us.
Share