My wife and I had an amazing experience off the coast of Vancouver, and it was an experience that taught me a lot about an endangered species and how the salmon we buy contributes to the problem. 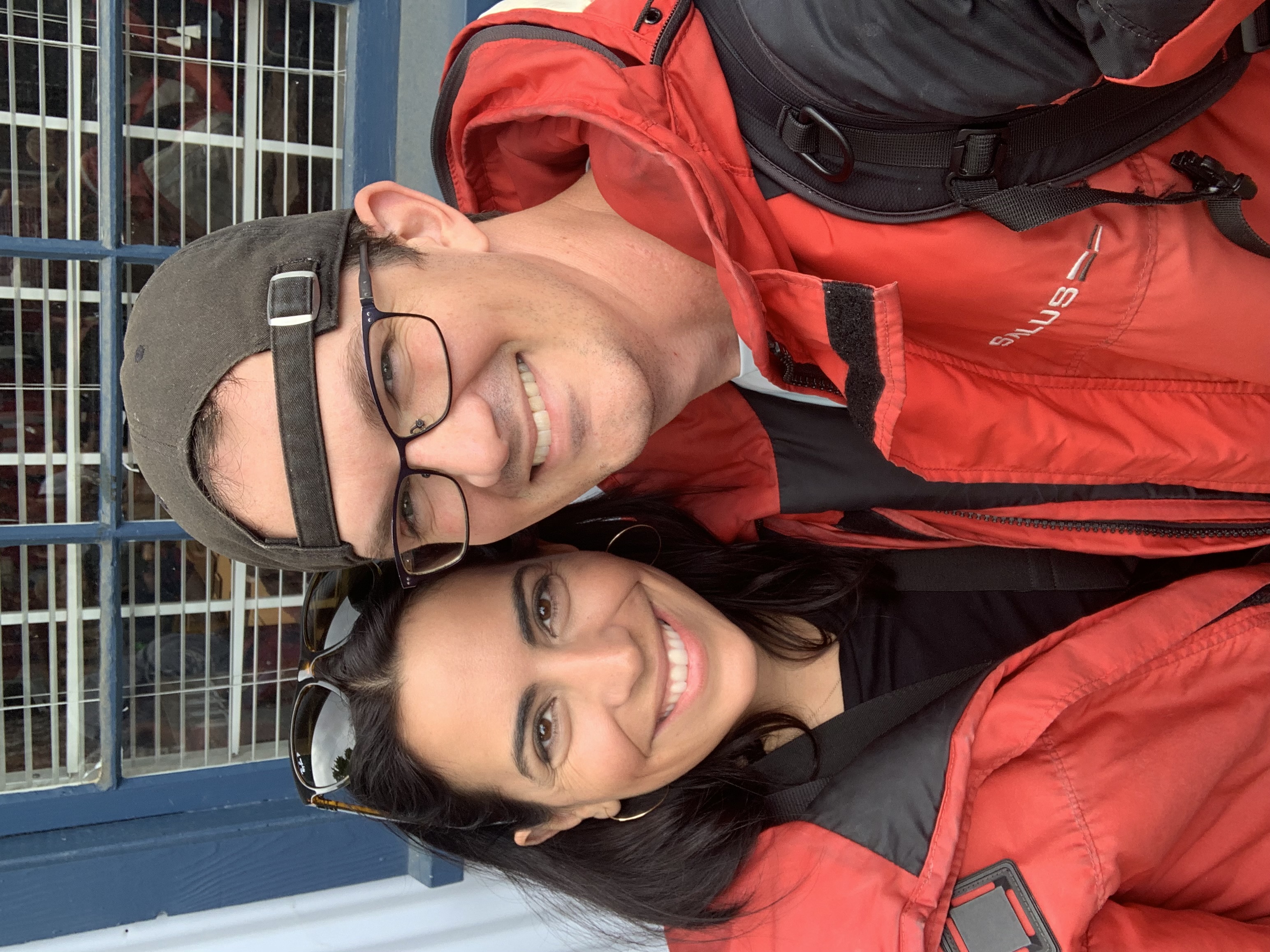 Sometimes it’s a sound that makes a memory. Don’t get me wrong, the sights were incredible too. Chantel and I were in Vancouver for a bit of vacation last month, and we hopped on a 35-person boat that set out into the Burrard Inlet. We turned around and took in the Vancouver skyline, which was cast in a gray pall due to the cloudy skies overhead. Facing forward though, the sunlight was sparkling off of the blue ocean waters. For the next five hours, our eyes took in the beauty of the Salish Sea while the boat’s engines roared underneath us. That’s not the sound that made this particular memory though.

Whale Watching in the Salish Sea

We were in search of whales. It’s a common-enough tourist activity, but neither Chantel nor I had ever had the experience, and we were excited by the prospects of seeing such large creatures in the wild. As we were setting out, our guide gave us a bit of a primer. We should constantly scan the waters, because we never knew when or where a whale would appear. We were looking for humpback whales, gray whales, or orcas (also called killer whales, which are technically dolphins). A few boats had recently reported seeing a pair of male orcas a couple hours south, so catching up to them was our plan.
The plan came together perfectly. We rounded a bend and saw several boats spread out throughout a small inlet. We joined their party and crowded along the boat’s starboard side, our eyes searching the relatively calm ocean for any movement. Within a minute, we saw a jet-black dorsal fin about 200 feet away pierce the water’s surface, followed by the orca’s black head and signature white eye patch. It was breathtaking. A moment later, its companion also surfaced, and we spent the next hour following along with them as they cruised this particular inlet.
Once we saw them, our guide began sharing more information. These were two teenage males orcas who were part of the transient population of orcas, an ecotype that is genetically distinct from the resident orcas. Transient and resident orcas, though both found in the Salish Sea and members of the same species, have different diets, different language patterns, and different cultural norms. They can come into close proximity with each other, but they never interact socially.

A Sound to Behold

According to our guide, it was a bit surprising to see these two male Northern Transient orcas together. Usually, males in these populations stay close to their mothers for the mothers’ entire lives. These orcas weren’t brothers, so I guess this was a little like two teenage boys who snuck out of their parents’ houses to go rabblerouse or something.
Eventually, the other boats peeled off and headed back north to the city, leaving our boat alone with these orcas. They would submerge for several minutes at a time and surface in different locations, so we kept on having to find where they went. As a result, for nearly the whole time we had been following them, the orcas never surfaced closer than that first sighting. Our guide said we had only a few more minutes before we would return to the city.
We hoped for one last view of these animals. They had disappeared once more, so our whole boat was once again scanning the waters. Then, suddenly, someone called out from the port side. Everyone crowded around as we watched both orcas surface simultaneously about a hundred feet away. Because the boat’s engine was off, there was near-silence and we were close enough to hear the gush of air and water from the orcas’ blowholes. It was a magical thing to hear. That was the sound that made the memory.

Salmon Farming and Why It Threatens the Southern Resident Orca Population

Back in Vancouver, as we came closer to the docks, the captain slowed the boat down and our guide thanked us for joining them. Then she made a request of us, and it’s a request that I’m likewise going to make of you. “If you enjoyed your time with us today, and if you’re someone who enjoys eating salmon, please consider eating less of it. And if you do buy salmon, please do NOT buy farmed salmon.”
My ears perked up at this, and she went on to explain further. Though we hadn’t seen any Southern Resident orcas that day, they are the cousins to the orcas we did see, and they are critically endangered. As of December, 2020, only 74 individuals remain in existence. There are a few reasons for this, but one of them is that Southern Resident orcas rely heavily on Chinook salmon for their diet (as opposed to the transient orcas who eat a broader range of food types).
Apparently, salmon farms are a significant threat to the populations of wild salmon on which the Southern Resident orcas rely. In the same rivers where the salmon migrate, salmon farms construct large net-pens to contain the farmed salmon. These feed-lot populations of fish become a breeding ground for diseases and parasites, which then can infect the wild populations that come into close proximity to the net-pens. There are other challenges associated with salmon farms as well, and if you’d like to read more, Patagonia has a really informative page that unpacks the issues.
This is yet another vote-with-your-dollars environmental issue. If you’re a salmon lover, I encourage you to spend time learning about the Southern Resident orcas and the challenges they face. Then, I hope you will look into where the salmon you buy comes from. If we think this population of orcas deserves to continue existing, then it seems pretty clear that we need to stop the practice of farming salmon where they live.
Share